Martial Arts ARE Good for Your Wellbeing 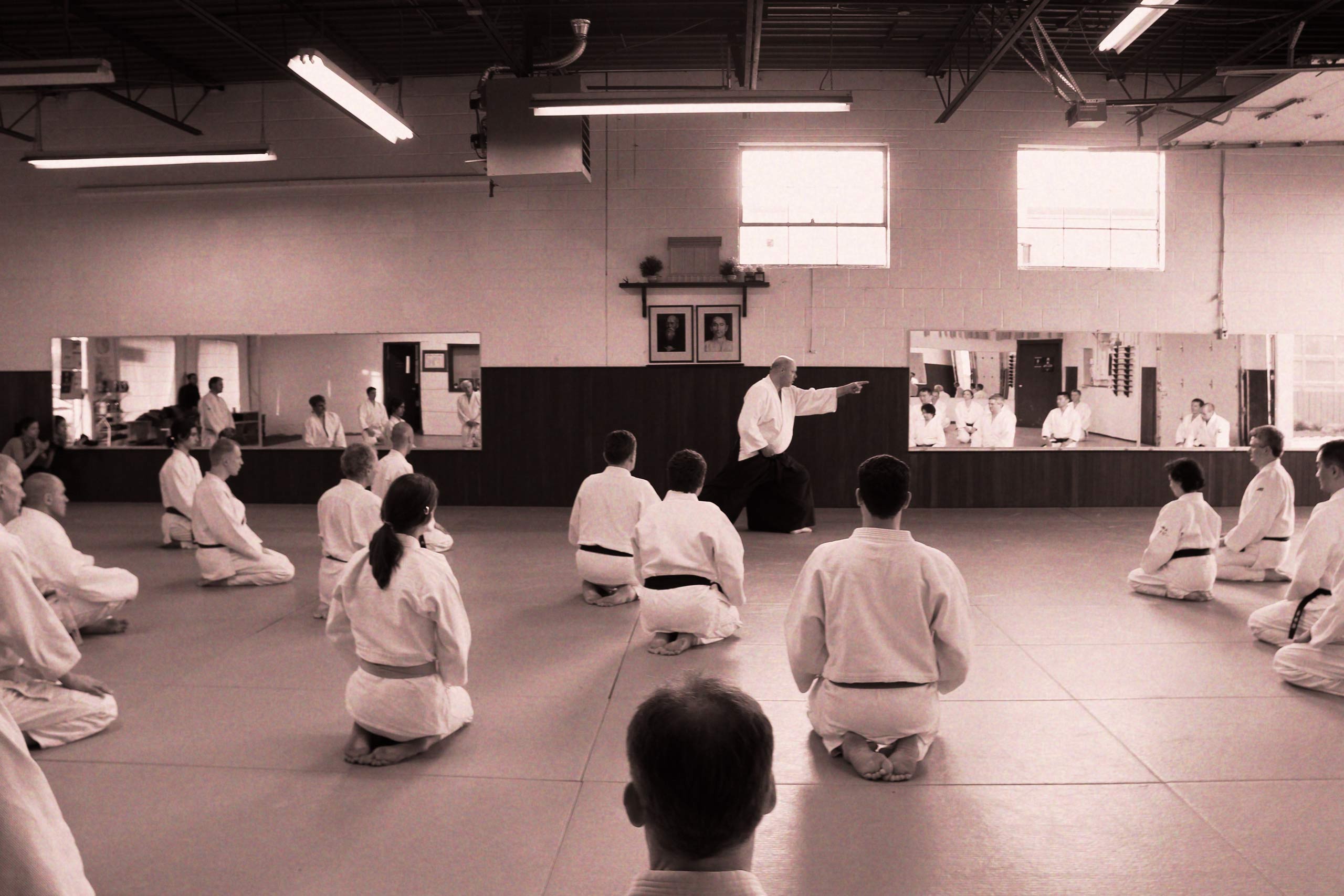 AND NOW FOR SOMETHING COMPLETELY DIFFERENT…

MARTIAL ARTS ARE GOOD FOR YOUR MENTAL HEALTH AND WELLBEING (WE KNEW IT ALL ALONG!!)

The global pandemic has had a negative impact on everyone’s mental health and wellbeing, now there is empirical research to prove that training in Martial Arts helps us in many, many ways. People are getting vaccinated, lockdowns will end, let get back to better than normal. You can try a few classes of the Martial Art that is for EVERYONE for free and watch as many classes as you like. Improving your mental health wellbeing, are only two of the many benefits of training at Sendokan Martial Arts!

In the March edition of “Teacher” published by the Australian Council for Educational Research, an article written by Rebecca Vukovic, reviews research and speaks with a researcher about the mental health and well being benefits of training in a Martial Art.

We may be biased, but since some of the core principles of Aikido is internal and mental calmness and being centered physically mentally and spiritually, we can confidently say that Yoshinkan Aikido is effective and good for your mental health.

The ancient practices of martial arts can help to boost brain function and concentration, research shows.

Martial arts are high-energy activities that can improve cardiovascular fitness, strength, speed and flexibility. But, can martial arts also improve cognitive function and mental health at the same time? In today’s Q&A, we speak to Dr Paloma Mari-Beffa, a Senior Lecturer in Psychology at Bangor University in the UK about her research into the way martial arts make us more alert and vigilant, boost our concentration and improve wellbeing.

Could you give me a brief overview of your professional background and also explain why martial arts are an area of interest to you?

I am a Senior Lecturer in Psychology at Bangor University in the UK and my research has focused since 2000 on Executive Functions and Cognitive Control. In the beginning, my research was more theoretically driven; but gradually I became more and more interested in everyday applications of these theories.

In a completely unrelated way, I started practicing karate with my son about 10 years ago. I felt impressed with how much emphasis they put on self-control and concentration. They claimed repeatedly that martial arts make you more focused, boosting self-control, self-esteem and making you more resilient. Being a psychologist, and working on cognitive control I couldn’t help but think: yes, it feels that way, but how do you know?

I tried to find articles from scientific research that proved that point, but found that most of the evidence was taken from children. I found virtually nothing from healthy adults. However, I experienced the improvement myself. Not knowing whether this was just placebo, wishful thinking or a true effect, I starting running tests on experienced martial artists with my PhD student, Dr Ashleigh Johnstone. I was lucky to get funding from the Economic and Social Research Council and that’s how everything started.

Before we launch into questions about the impact of martial arts on our health, I’d first like to hear about how you define the term ‘martial arts’. What does it encompass?

Yes, that is a very good point. In our research we have not been able to analyse different styles in detail, but only in an exploratory way. We never had enough participants from a single style to really draw strong conclusions. Within our samples we included people who had at least two years of experience (having trained last less than two years ago) in a martial arts style that included combat.

Although we tested a few tai chi participants, we removed them later after verifying that they never participated in practice combat. We also tested some MMA (Mixed Martial Arts) and kickboxing, which are less disciplined styles with a more Western approach. The results that we obtained were presented globally, for all styles, and also broken down for each discipline. However, I would not pay much attention to any potential difference until a full research study is done per style. In general, they all seem to show a similar pattern though.

What impact do martial arts have on our mental health and overall mood?

In adults, the most important impact is on wellbeing. Research is almost unanimous about that. It does boost self-confidence and makes you feel part of a ‘family’ (the dojo), providing valuable social support. There is a strong sense of wellbeing right after each session, with a clear before and after. We found increase in EEG (electroencephalogram) alpha waves after a karate session corresponding to a more relaxed and contented mental state, but also a decrease in gamma waves that had been linked to worries and rumination.

I’d like to hear more about your study that looked at whether training in martial arts is associated with improvements in cognitive function in adults. Could you tell me a bit about this study and share some of the results?

The greatest cognitive improvement that we found was on endogenous alertness and vigilance towards particular task goals. This is what people normally understand as concentration. We found that when people did not know when a particular target was going to appear, martial artists we incredibly good a reacting to it compared to control groups. In the control group there was a general decline in vigilance with age, but this was not the case in martial artists, who even showed improvements with age due to increased practice.

When the target appeared in a predictable way and you don’t need to concentrate as much, there were no differences at all between the two groups. Being able to react appropriately to targets in unpredictable circumstances requires you to hold concentration for the duration of the test. This was something that martial artists clearly do better. More importantly, they got better with the years of experience they had in martial arts. So this is not a pre-existing characteristic of those who choose to do the sport. It is something that they develop through practice.

We found the same pattern when asked to perform different tasks in quick succession. Martial artists were better at holding task rules for longer, supporting the improvement in alert and vigilance towards task goals (concentration). These results are indeed very important because these are processes well understood in the brain. We can use this knowledge to understand how martial arts change your brain at a more neural level.

In what ways does it help us to manage stress and cope in difficult situations?

The increase in wellbeing and reduction in ruminations is something that fits well with the boost in concentration. It is something that you can also find with meditation or mindfulness. If you try not to think of anything, this is impossible, your mind cannot stop and is always filled with something. This is due to the activity in the brain of what we call the Default Mode Network (DMN), or the network that activates your thoughts by default.

When you concentrate on doing something, the DMN gets suppressed to allow the brain to activate more task-related information. When you are stressed, the DMN goes into overdrive and it becomes very difficult to suppress. We find it difficult to concentrate when we are stressed because emotions make our minds run wild. Boosting concentration facilitates this suppression, and makes you more relaxed. It helps you de-clutter your mind from intrusive thoughts.

Can martial arts be practiced by people of any age?

The benefits of martial arts are widely know in children, with the peak of benefits observed from seven- to 12-years-old. But it has been successfully practiced from a wide range of ages, from four years old to 99. Indeed, you can find an abundance of excellent artists in the 60-80 age range. However, different styles vary in how much strain they can put on joints or on the heart, so people should exercise common sense and maybe consult a doctor or physiotherapist in the case of any pre-existing health conditions.

Do you have any other advice for anyone considering taking up martial arts?

I would say and number of things. Don’t think too much about it and turn up. Turning up is the first level of training. Almost instantly you will feel better and before you realise you will be hooked. Adherence to martial arts is far easier and better than for many other sports, and you may succeed here even if you tried other sports before and failed to keep them up.

Choose a dojo that requires a long-term plan and try to avoid those that offer pay-per-lesson plans. They may feel less risky to start with, but they have far greater chance of not keeping you engaged. Also, the rest of the students will also be on long-term plans, so you will build friendships and relationships.

Finally, choose a dojo that has a good number of black belts as students. This means that they are good at keeping you engaged and supported. The family dojo is one of the greatest benefits of joining martial arts.

Johnstone, A., & Marí-Beffa, P. (2018). The effects of martial arts training on attentional networks in typical adults. Frontiers in psychology, 9, 80. 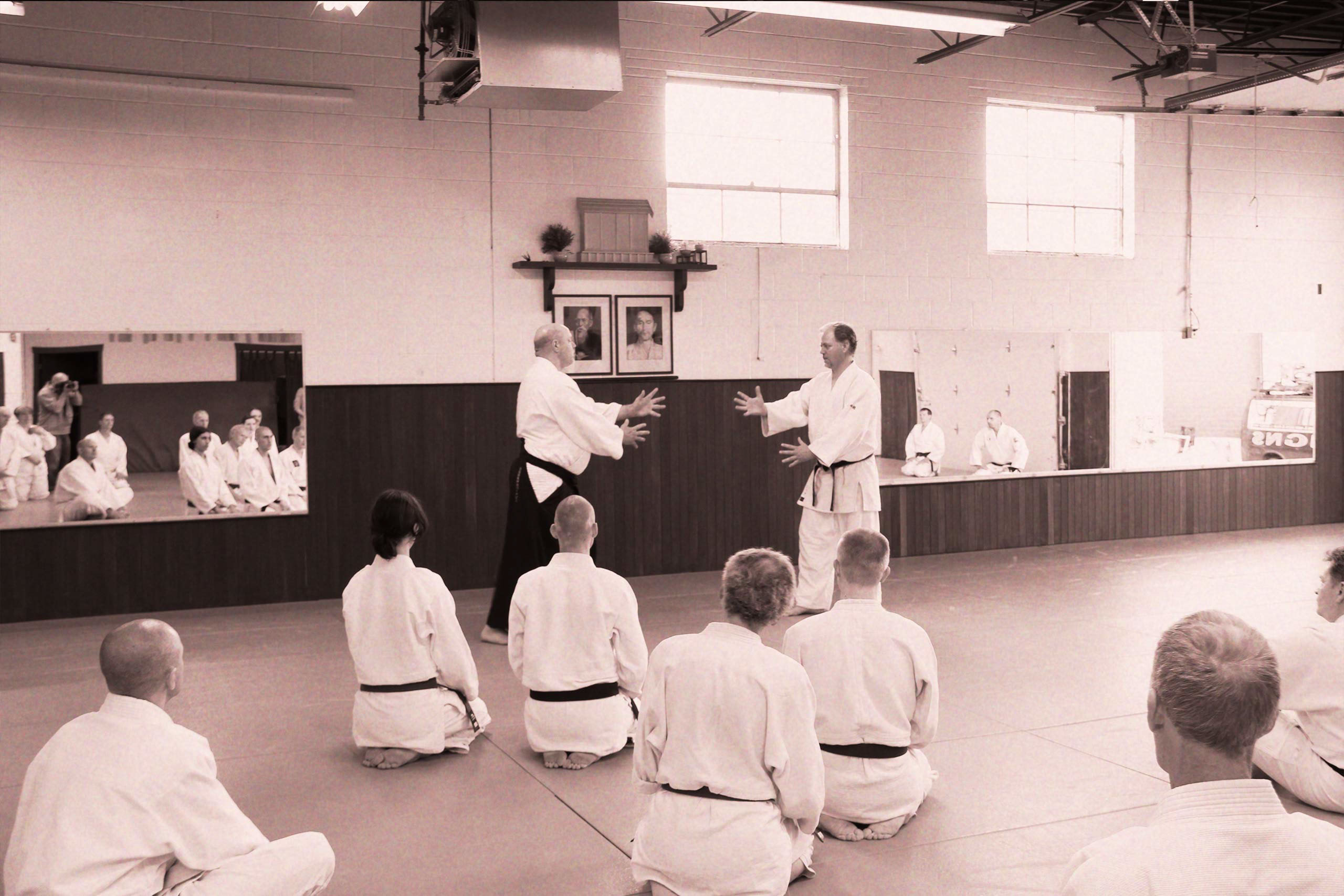 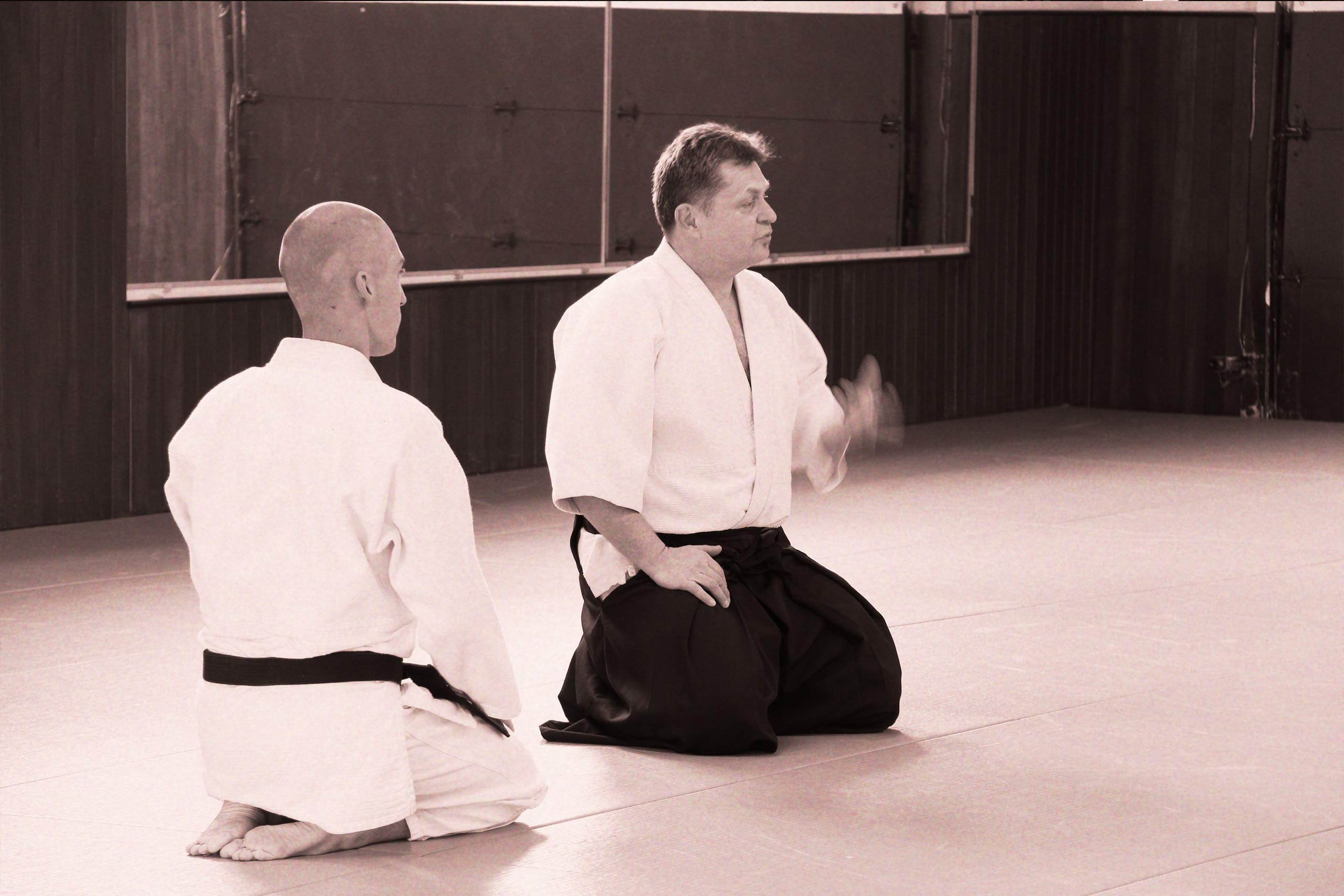